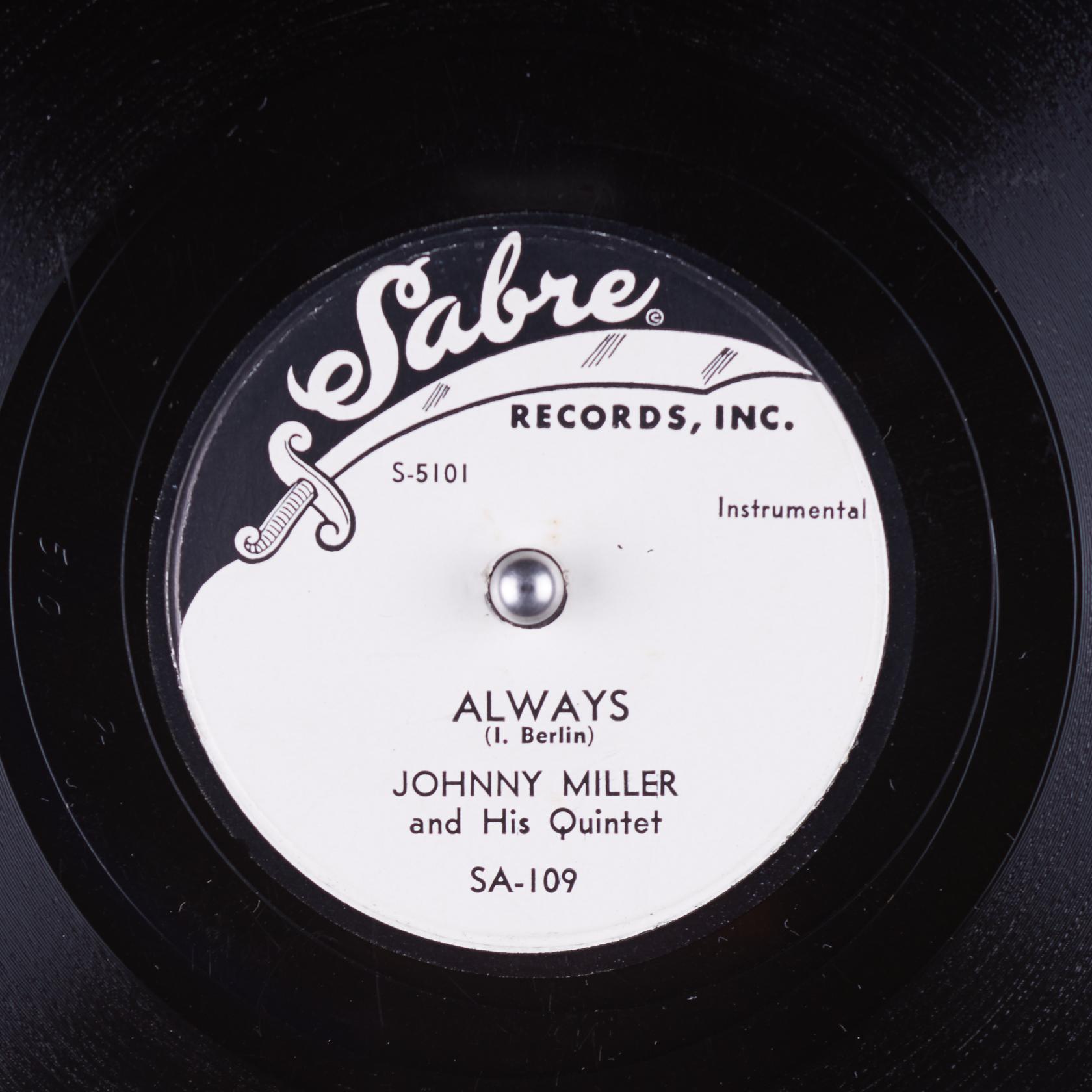 by
Johnny Miller and His Quintet; I. Berlin

Performer: Johnny Miller and His Quintet
Writer: I. Berlin

Other IDs from the record include: S-5101

The recording on the other side of this disc: I Cover the Waterfront.